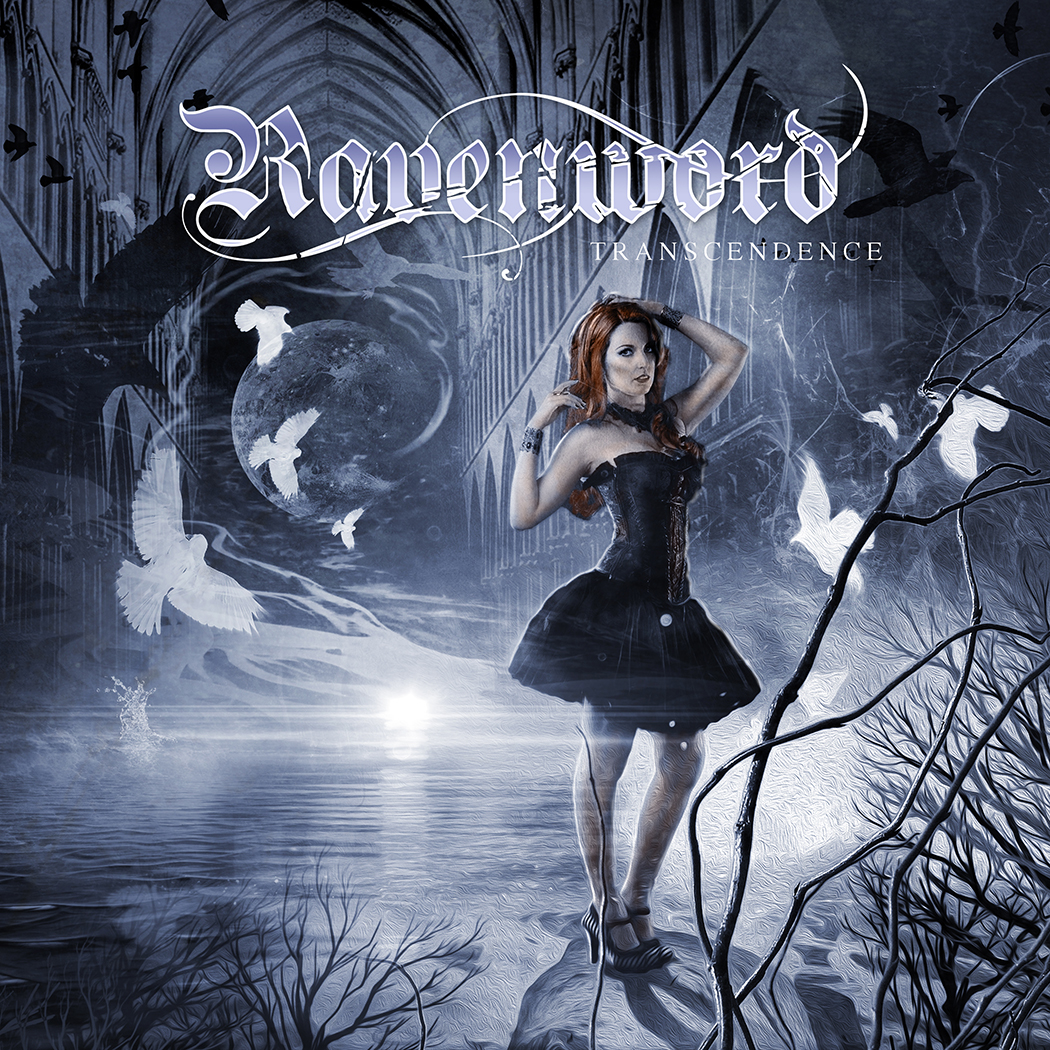 An Italian symphonic power metal band formed by its keyboardist and primary composer releasing their first studio album, inspired by Edgar Allen Poe’s “The Raven.” This is what I bring to you today, faithful readers, and I invite you to kick me TheKenWord once for every part of that sentence you feel you’ve read somewhere before. I was going to pass on what I was certain was to be an aural cliché, but, as is wont to happen, my appreciation for the genre, buried deep beneath within me, led me to sample what songs I could, and the next thing I knew, I was writing this introduction. So gather ‘round, friends; this is Ravenword’s Transcendence, and there’s a lot to cover.

Opener “Blue Roses” kicks Transcendence off with a bang. Chiara Tricarico’s (Moonlight Haze) singing is a great fit for the music, reminding me of Charlotte Wessels (Delain) and giving the heavy song a softer edge. Davide Scuteri (Choirs of Veritas) and Cesare Ferrari (also Choirs of Veritas) play keys and guitars with a good balance; the symphonic elements outweigh the heavy metal elements without completely overshadowing them. The dueling solos in the song are great, and the chorus is a winner too, slick and catchy in a way that never really gets tiring. “No More” strikes a very similar chord, starting the album off on a strong high, and showing that Ravenword has a great sound in them that is worth exploring further.

Alas, the rest of the album never quite lives up to its introduction, though that’s not to say that it’s a bad album by any stretch. Ravenword on Transcendence has a sound similar to Century Child-era Nightwish (but with a good production). Chugging guitar riffs, twinkling keys, and a thick, ethereal-adjacent strings overlay all give the band a strong base to work with. Not every song lives up to the ideal, however. “Purity,” for example, is an okay song with some really good elements that goes on just a bit too long. “The Queen of Darkness” has a tougher, darker edge to it than its surrounding tracks, but it doesn’t really follow through on its intended aggression. These aren’t bad songs, but there’s a sense of hit-and-miss to Transcendence; you ride high on excellent symphonic power metal in “Blue Roses,” and it completely overshadows the good-but-not-great “Life Is in Your Hands” that follows it.

For everything Ravenword does right — and it’s a lot — I have one very strong issue with Transcendence that I find unfortunately impossible to overlook: the length. This is a thirteen-song symphonic metal record with a seventy-minute runtime. That’s a lot of music to digest in a single sitting, and every time I’ve listened to it, without fail, I’ve felt like “The Swansong” (song number nine) should be the last track. This, unfortunately, makes it tough for me to give any of the last four songs a fair shot, and brings down my appreciation of the album as a whole. To the band’s credit, the inclusion of ballads (“Lullaby of the Last Petal”) and power ballads (“The Swansong”) breaks up the album nicely; these songs are placed every four or five tracks, presumably to give the listener a few breaks. It helps for sure, but it’s not quite enough.

Transcendence has, I feel, a few great songs, a few good songs, a few okay songs, and one or two filler songs. It’s a big album, meant to encompass the band’s complete sound and the history of its musicians in a single spin. I have a lot of respect for the effort, but can’t help but feel that this would be a much better effort if it was trimmed back a fair amount. The talent is there, the sound is there, there’s just too much of it. It makes it a bit hard to recommend Transcendence, but I’d encourage you to look into it anyway, especially if you’re a fan of the genre — there’s a lot to enjoy here, and I will be returning to this band for certain… just maybe not all at once.